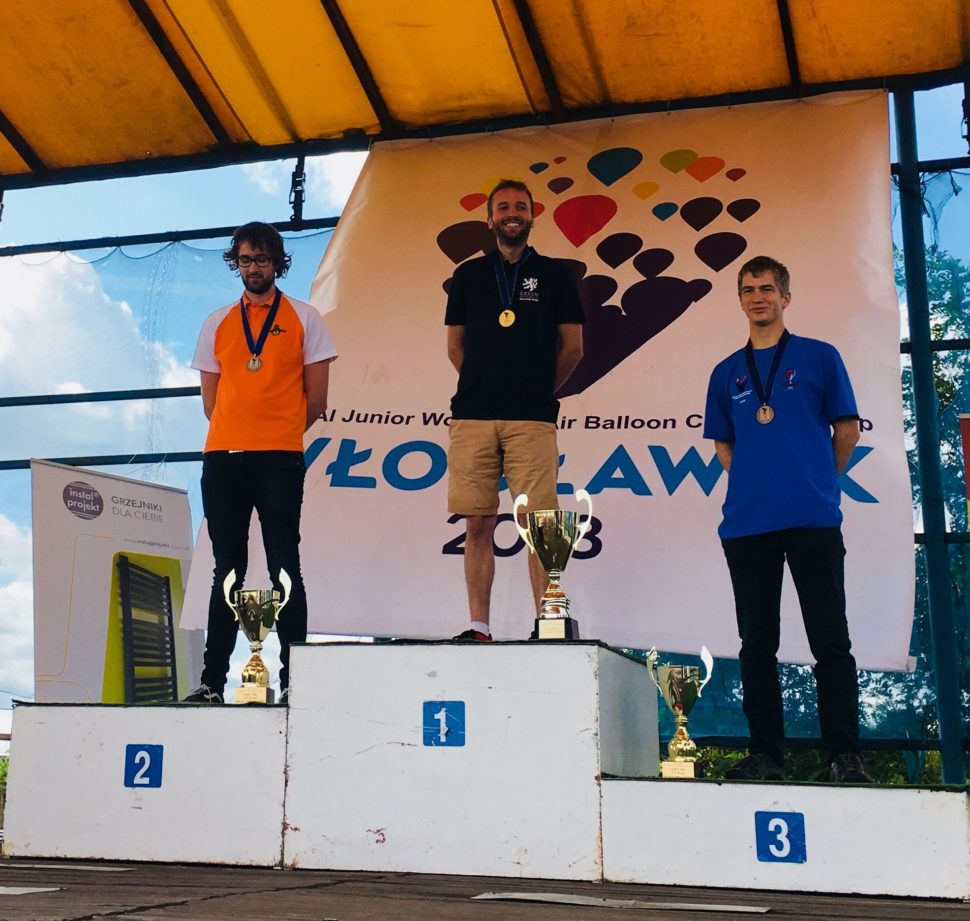 The tradition of junior world championships is relatively short. Unlike standard championships, which have been held since the early 1970’s, juniors (pilots under 29) enjoy the atmosphere of the World Championship only since 2012. By this year, the junior competition has been held regularly every 2 years, but the will of the organizers is slowly weakening, even now, in 2018, we do not know when and where the next race will take place.

After the August National Championship, the tuning of technology and the awakening of the two years of racing spirit, we went to Wloclawek in Poland in mid-September. The city between Warsaw and Gdansk on the Vistula River has already hosted several balloon competitions.

The organizers surprised us from the very beginning. In addition to the ceremony on Wloclawske Square in the presence of municipal representatives prepared for us right from the region cementing party and full-length bowling. Not only we appreciated this, because they gave all the team the opportunity to make friends with each other right from the beginning of the event. We also got into the note with Nikola Kličková (18 years old), the only other competitor representing the Czech Republic in the race, and her whole family and crew in one. Of course, one beer and sleep, we’re flying in the morning!

During the event we completed four of the eight planned flights. Two in the morning, each more than two hours long, and two in the evening. We flew towards a lot of targets on the ground, and it was incredible to see the current champion, Dominic Bareford, doing his thing. This twenty-five-year-old Brit has won all the races, including the title of World Champion among the world’s top 100 pilots this August. September juniors were supposed to be the hat-trick of the year.

From the very beginning I held myself among the top five. The biggest rivals were Thomas Hook (GB), Roy Gommer (NED) and the already mentioned Dominic (GB). The last flight was scheduled for Friday evening, but at that time the fate of next flights on Saturday was not clear. Literally. Fog with rain ruined the morning flight. The tension lasted until the evening and we waited for the last briefing in the competition. However, the wind speed did not cease and it was decided! We are taking gold to the Czech Republic! The following moments of enthusiasm, joy and gratitude to all who supported me cannot even be described. We won it and I managed to complete my junior stage of balloon life by a title.

Thanks to all who helped me here. Tereza, the crew, the fellow pilots and the non-pilots for all their support. Most of all, thanks to my parents who have supported me since childhood in what I like most – competitive ballooning.